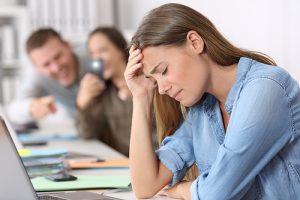 Some people tell me that they don’t know how to write, possess zero talent, therefore even trying to compete with esteemed writers is a waste of time.

Brilliant! If we all thought like that then we’d have nothing to read in the world.

Let’s go over a few of the most commonly heard complaints that writers make.

1. I need to have talent to write a great book.

No. Writing (like many other things) improves with practice, determination and inner faith. ‘Talent’ is not what constitutes a ‘great’ book. Talent is something pretty indefinable and soulful which shines after you’ve put in all the hard work.

In reality, a ‘great’ book is made up of several drafts, written by a person with a large slice of courage, conviction and the self belief that he or she will keep on writing and editing their manuscript, (infinitely if necessary,) until they have produced a satisfying result. Yes, it’s tough. And it’s hard. But I’ve yet to meet a writer who looks back on it with regret.

2. My spelling and grammar is awful.

That’s why we have very inexpensive, or otherwise free, spelling and grammar-check programmes and dictionaries. It is also why there are plenty of editing services and beta-readers, (and friends) who can spot the mistakes that even the BEST writers in the world frequently make. I make them. You will too. But don’t sweat it.

Whilst reading ‘Game of Thrones,’ recently (that best-selling series of fantasy books by George R R Martin,) I spotted two badly constructed sentences and a typo in one chapter alone. They were bloopers from a book edited by a major publishing house that likely poured thousands of pounds into the editing.

So you think you should be so hard on yourself?

And here’s the other tip – Readers can forgive the odd mistake if you have sufficiently transported them into your story world. We’ve spotted typos in many great classics so having the odd typo in your book isn’t the end of your world or your career, so write the book, get a reliable proof-reader and be done with it.

Neither does anyone else until they sit down and start to invent characters, places, scenarios, problems, funny bits, sad bits.. you can do it. You already do it every day, with each breath, it’s called LIFE, and you know how that one works already.  So put it down on paper.

4. I can’t write anything like ‘insert name of famous author here.’

Nor should you. That’s called plagiarism. You need to write like ‘you.’ And if you think flowery words and impressive words are what readers really want, you are wrong! Easy reading is all the rage today and  many Editors hate verbosity, too many descriptions, and  more than that they hate pretentious writing,  writing that tries unsuccessfully to live up to some other kind of publication, (aka Shade of Grey spin off types.)

It is much better to be yourself and produce only what YOU CAN DO to the best of your own ability.  Put that Thesaurus away and develop your own voice and style. You won’t know what that is for a good while yet, but don’t worry it’ll definitely come.

5. Why do I dislike everything I write?

It’s not uncommon. We are highly critical of ourselves, terribly impatient and often lack confidence. Sometimes you need to sit back and say ‘It’s okay to make mistakes, it’s okay to write badly, because I’m learning.

If you really think you write badly, write badly. Just keep on doing it and it WILL improve, especially if you network in writers forums and learn from other writers who give invaluable free and unbiased advice on your work.

Oh and don’t forget that 90% of a good story is down to your own confidence and inner trust. Without that you’ll have reached the end before you have even attempted a beginning. The other part of the battle is consistency and self-discipline. We need those two in BIG measures. Self-discipline means writing when you can’t be bothered and you’d rather watch TV.

Invent small goals such as : 100 words a day and then stick to it! That’s sound advice and it has stood the test of time for so many writers. Trust reliable advisers too, and research like mad. Act like your brain has a limitless portal to many  places and words and ideas, them write them all down…  those silly things too.

But above all, the best you can do is trust yourself and give it a shot. You might surprise yourself and you won’t regret it.