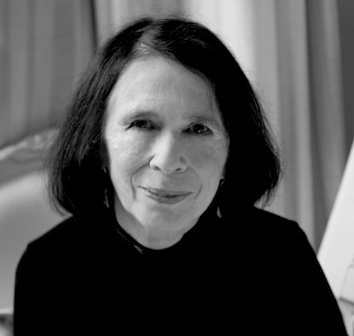 ‘A Taste for Green Tangerines’ is a best-selling fictional novel set in the rainforests of South East Asia, and described as ‘an irreverent saucy romp through the rainforest.’

The book is written by American author Barbara Bisco, who calls London her first home, but spent almost thirty years of her life travelling across South East Asia; mainly Indonesia and Thailand.

Barbara’s experiences in these exotic locations have afforded her the luxury of drawing deeply on the richness of these surroundings, to create an original and vibrant fictional novel which has undoubtedly appealed to many readers.

Upon its publication and release in 2009, ‘A Taste for Green Tangerines’ received an exceptional response, and was covered by various UK press and magazine publications such as Women and Home, Red Magazine, and BBC Radio 4.

Barbara recently gave more insight into her novel, her travels and her views on publishing.

In response to the successful launch of her book she says;

“My book was initially launched at Foyle’s bookseller in London. They were very welcoming and allowed us to use their entire display window to launch the book which was wonderful of them. I was also very happy to find the book became the stores bestselling title for three weeks directly upon its release.”
“Overall I received good feedback. People tend to respond with an innate politeness. Yes, there is ‘a little naughtiness,’ in my book, but since the story centres around a group of vastly different characters isolated in the rainforest, it would be an almost natural conclusion. There are also some sensitive issues in the book such as abortion, but on the whole the feedback I have received has been tremendous, an extremely positive one.”

With the opportunity of exploring exotic and tropical locations, this whole richness of experience gave Barbara first-hand knowledge in creating a fictional tale of great exotic appeal. The theme covers a wide variety of elements such as, tribal traditions, tropical environments, romance, travel and sex, which Barbara recalls all reflect the things she learned in South East Asia.

“The story itself does not entirely lean on my own personal experiences but more reflects a combination of what I saw, learnt and did in Indonesia, South East Asia. I learnt a lot about the different customs and ways of life during my time there. When it comes to the characters, it is essential to know them very well, and so obviously I have drawn some of my own personality and influences in order to create them.”

‘A Taste for Green Tangerines’ is set in the rainforest and revolves around a group of individuals setting out to build an eco-tourism resort, though Barbara points out that environmental science isn’t the main focus of her book.

“I am not an environmental activist as such, but of course I am interested in eco-environmental issues, and I am greatly concerned about our planet, and hope more people, including myself, can help to preserve the earth’s natural resources for the benefit of generations to come.” 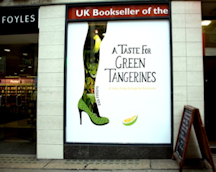 As can often happen with writers trying to break into the world of publishing, Barbara found herself facing many brick walls, with various people in the industry quoting her the daunting rigid rules and regulations to publishing.

Un-phased by this she admits to ‘breaking quite a few of those rules’ in order to succeed, and to prove that she can indeed set out to do what her heart desired, and be taken seriously as an author. Her fortitude and determination paid off.

With the help and expertise of daughter, Jasmine, a marketing and branding expert, and together with her husband Roger, Black Lotus Publishing was borne, and is today a thriving family publishing industry in the heart of London.

When posed with the issue of self-publishing versus mainstream publishing, Barbara feels that a lot of writers these days tend to choose the self-publishing route, as an easier option to getting their work into the public domain. She strongly advises that authors look properly into any companies they submit their manuscripts to.

“There are many charlatans in the publishing world, and some have a very negative way of working, making promises to authors they might have no intention of keeping. I would advise authors to look into companies with caution, and to be certain of their reputability.”

If one woman has proved to us that age is of no relevance to a bestselling novel, then Barbara is that woman. She firmly believes that age should never be a barrier to self-achievement, or viewed as a negative factor in publishing a book.

“Unfortunately the world is a little age-ist in every respect, and not just within the publishing industry itself. But through hard work, and the kind and considerable support from family and friends, I believe that nothing is impossible.”