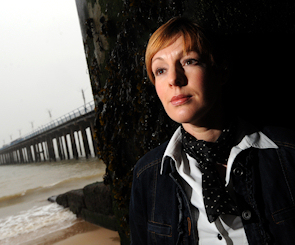 Author Ruth Dugdall qualified as a probation officer in 1996, and has worked in prison with offenders guilty of serious crimes, such as stalking, rape and murder.

Her Novel ‘The Woman Before Me’ won the Crime Writers’ Association 2005 Debut Dagger Award, as well as the 2009 Luke Bitmead Writer’s Bursary.

Interviewing Ruth where she led me through the creation of her book, her personal writing process and her joy at producing an award-winning novel. 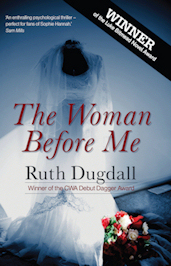 Rose Wilks’ life is shattered when her newborn baby Joel is admitted to intensive care. Emma Hatcher has all that Rose lacks. Beauty. A loving husband. A healthy son. Until tragedy strikes and Rose is the only suspect.

Now, having spent nearly five years behind bars, Rose is just weeks away from freedom. Her probation officer Cate must decide whether Rose is remorseful for Luke’s death, or whether she remains a threat to society. As Cate is drawn in, she begins to doubt her own judgement.

Writing a psychological crime thriller is possibly one of the most challenging fictional subjects to attempt. It must be ‘credible’ enough in that the author must have some voice of experience and authority in order to efficiently cover the broader aspects of law and human behaviour.

Working as a probation officer in a male prison gave Ruth Dugdall valuable experience and knowledge within this disturbing environment. We found it interesting that despite working within a male prison, she chose a female stalker as one of her lead characters. She explained to us how the setting and these ideas came to her.

“A prison is a very claustrophobic environment, and full of tensions. The inmates are without liberty and power play is common, as is bartering and bullying. It is therefore a perfect place in which to set a psychological thriller.

The idea of using the stalker theme came to me when I was in hospital after giving birth to my son. I remembered that my mother had been in hospital at the same time as her ex-boyfriend’s new wife. After birth, women are often exhausted and emotional, and it occurred to me that seeing your partner’s ex at such a time could trigger all sorts of feelings, especially if you suspected your partner of still loving her.

As a probation officer I have worked with stalkers, and it is one of those crimes that is very creepy and frightening. It is also often linked to obsessions and jealousies, as the stalker will fixate on the victim.”

When asked about her personal writing process, Ruth expresses the kind of dedication and discipline that successful writers need in order to see their work in print.

“Of all my novels (I’m currently working on my fifth) this one pulls most closely on my personal knowledge, and I think a piece of my soul went into its creation. This doesn’t mean it was easier to write, but it did come to me very quickly. I am very disciplined – and just a tad obsessive. I write 1000 words every day, and that includes Christmas, birthdays and when I’m sick. If I don’t meet my target I can quickly get down. During the editing phase I work through the whole novel repeatedly, and will also work to a target number of pages each day. Occasionally a finished manuscript can lie dormant for a period of time. After writing ‘The Woman Before Me’  Ruth continued to research and develop interesting new themes and ideas.

In that gloomy time when ‘The Woman Before Me’ was gathering dust I started writing ‘The Sacrificial Man.’ The idea for this novel came after I read about the German Cannibal, Armin Miewes, who had advertised on the Internet for a lover to kill and eat. I thought it bizarre, but also intriguing. Why would someone want to do such a thing?

From that starting point I started to research Internet relationships and suicide pacts. I decided to use my probation officer – Cate Austin – who is writing the Pre-Sentence Report on Alice. Alice has killed, and partially eaten, her lover but she has left a letter saying it was his choice. So, this also raises the subject of Euthanasia and the right to die.”

“Writing can be a lonely, isolating existence, so winning awards is a fantastic sign that other people `get` what you are trying to do. The Dagger gave me the confidence to resign and dedicate myself to writing full-time. I signed with a top agent and the novel was going to be submitted to six major publishing houses.”

Frustratingly, Ruth’s novel was considered not commercial enough, as it didn’t fit neatly into the crime novel criteria, a problem many new writers face when attracting the attention of major publishers. Undaunted, she continued writing until she spotted an advertisement in ‘Writers News’ for the Luke Bitmead Bursary.

“The bursary aims to promote and publish a new writer each year, and was set up in memory of Luke Bitmead, a talented writer who sadly committed suicide. Winning the award was totally unexpected and I cried through much of the ceremony, knowing that I would finally see my novel in print.”

Lastly, Ruth explains her writing objective, and the sentiments she wishes to portray to her readers through her words.

“I think all writers want to feel that their novel can communicate something real to readers. I want to say something about being a woman, being a parent, and I hope it strikes a true chord. What I would like most of all is for a reader to finish the novel and hug their child or lover closer. I think that through exploring the dark corners of life we can appreciate the good parts so much more.”