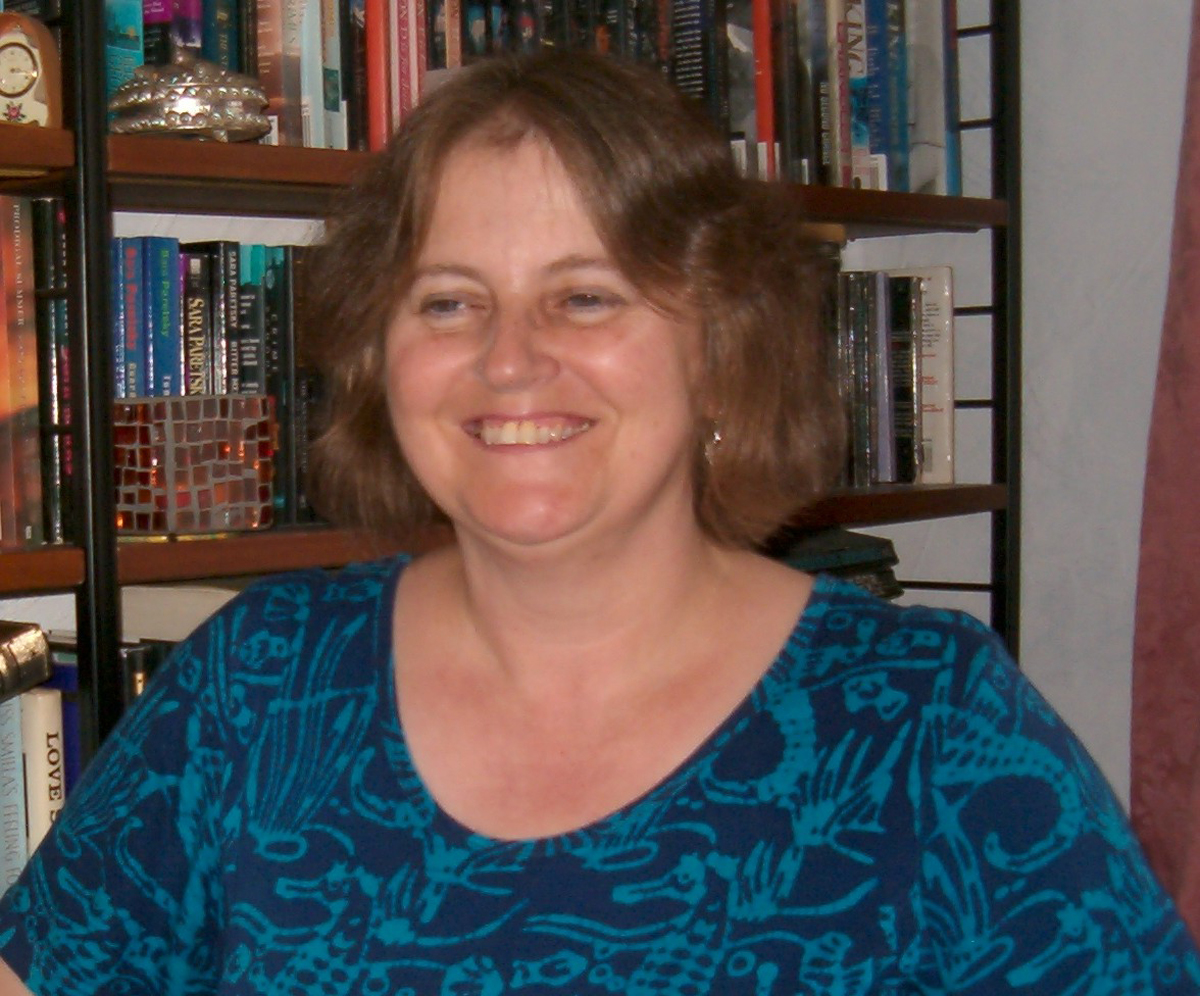 AVON Harper Collins Author Trisha Ashley is a best-selling writer of Romantic Fiction with no less than fourteen novels to her name (not bad for a talented lead light maker, plumber and portrait painter!) Trisha currently lives in North Wales, and as mentioned on her website … ‘loves exploring food, gardens and old houses, and these preoccupations are a recurring theme in her novels.”

Her latest novel ‘Twelve Days of Christmas’ is a warm novel full of humorous wit.  Her novel, ‘A Winter’s Tale’ was a Times bestseller and was also shortlisted for the 2009 Melissa Nathan award for romantic comedy.

Trisha Ashley is a member of the Society of Authors, the Welsh Academi and the Romantic Novelists’ Association.

I interviewed Trisha, and gained more insight into the world of Trisha herself and her literary lifestyle. 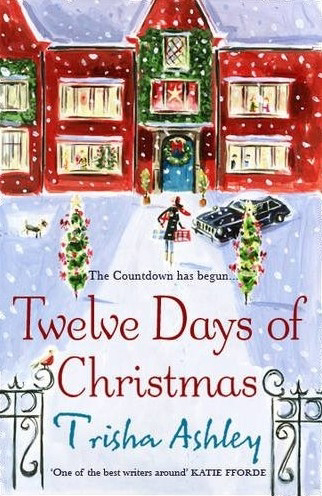 1. Trisha, why did you decide to become a novelist?  Was it something you always dreamed of achieving?

I think most writers start to write as children – stories, poetry, plays – but then there comes a moment when you read a novel and think: ‘I could do better than that!’  And you do.  Getting one of them published was a dream, though, for a very long time!

My big breakthrough was being taken on by my wonderful agent, Judith Murdoch, because she showed me how making small changes to the sort of books I was writing (which were satire) would enable them to fit into the romantic comedy genre.

Now, many years down the line, my fourteenth novel Twelve Days of Christmas, has just come out, I’ve had novels shortlisted for the Melissa Nathan Award for romantic comedy two years running, and Every Woman for Herself was recently voted one of the three best romantic novels of the last fifty years. I feel very blessed!

2. Your latest novel, Twelve Days of Christmas, is a touching and down to earth story using a traditional theme for a modern romance. How did the idea for this book come about?

I’m never too sure where the ideas come from: a bit of this, a bit of that…I did start off by wondering how it would feel to lose your husband at an early age in an accident.  My heroine feels angry with her husband for leaving her, however illogical she knows that emotion to be. And of course, since they were only married for a few brief years and their dreams of a family were unfulfilled, he is forever fixed in her mind as her perfect man and the irreplaceable love of her life.  It’s going to take something fairly cataclysmic to change that!

3. Do you have a particular favourite amongst your own novels?

I’m not sure you should have a favourite book, any more than you should have favourite children – and each book is my favourite while I am going through the gestational process of writing it!  But I think I would have to say Every Woman for Herself: It is a contemporary twist on the Bronte family situation and I had so much fun exploring the ideas in that one!

4.  Have you discovered many occupational hazards to being a novelist?

Lack of money! Over the years I’ve taken a series of not always pleasant or well paid jobs to support my writing habit.  Sitting in front of the computer probably hasn’t done a lot for my figure, either…

5. Why do you think fledgling writers are so afraid of getting that ‘book inside them’ down onto paper?

I don’t really know, because if you are a writer, you write.  You burn to write. It is part of who you are.  Some people say it is fear of failure/success, but you won’t experience either unless you get the words down on the page!  But if you want your writing U-bend unblocking you should read Natalie Goldberg’s excellent book called Writing Down the Bones, and all will soon be flowing freely.

6. Is there snobbery directed at the ‘chick lit’ category, and how do you think women’s fiction fits as a whole within the literary world?

Yes, there is a kind of literary snobbery directed at ‘chick lit’ and, indeed, anything deemed ‘romantic’.  I can’t understand why, since most of the great literary novels also have a strong relationship element: love in all its various forms.  This snobbery doesn’t apply to other genres, for example crime. Is it simply because it is perceived by critics as only for women, and therefore of less value for some reason?  I don’t know, I find it all very strange.

I would say I write edgy romantic comedy rather than chick lit, where any humour arises from the characters.  I have a substantial and steadily increasing male readership too, so perhaps one day I will become respectable!  A good sense of humour is pretty universal, thank goodness.

Classic chick lit books tend to have young heroines, often London-based, and the humour arises from putting her into a series of slapstick situations. The most brilliant author in this field is Sophie Kinsella.

7.  Are there any writers out there you might have drawn some inspiration from?

I spent the first few years writing satire, so I suppose my first influences were people like Tom Sharpe.  When I added a romantic element to my satire, it occurred to me that quite a lot of satirical novels, like Blott on the Landscape, were also romantic comedies…

8. Does the writing process become harder or easier as each novel hits the shelves?

Much the same:  I always want to write a better book each time, so any pressure comes from me: I don’t want to disappoint anyone. At the start of a new book it can feel a bit as if you are rolling a rock up a mountain; then suddenly it is over the crest and rolling faster and faster down the other side.   That is quite exhilarating.  Of course, before it takes off you question whether it ever will: it may have always happened before, but will it do it this time?

9. As always, some readers are writers too, and love to receive advice from successful authors.  What important piece of advice could you give them?

As I said earlier, get into the writing habit every day and get on with it.  Rose Tremain once said ‘Life is not a dress rehearsal’ and she was perfectly right!

Once you have got the writing flowing, the other book that I would recommend  is Stephen King’s ‘On Writing’.  He tells it like it is and also has much practical advice, especially about writing the first draft of your novel with the door shut – i.e., writing it just for yourself – and the second with it open, i.e. rewriting with the intended readership in mind.

10. How do you feel about personalities such as Alan Titchmarsh stepping into the ‘light romance’ field of writing? Does it work?

I have to say I haven’t read any of his, but I am told he writes very well.  There is no reason why someone shouldn’t be good at more than one profession and there always are celebrity books out there of one kind or another, of varying worth.  Sometimes I will read an autobiography, like Jo Brand’s, and it will make me want to read everything else she has written, because I like her way with words.

11. For a person who’s written and published thirteen excellent novels, I have to ask whether there is still anything you wish to achieve?

Oh yes, I’m always burning to write about something and the ideas are jostling in my head to be told.  To go back to Stephen King, he says writing is the most fun anyone can have on their own, and I think he is quite right!

I’ve always had dogs, but I do like cats.

2.  Coffee, tea, or something stronger?

I’ve never touched a cup of tea in my life, but I am a heavy coffee drinker.  The only alcohol I drink these days is champagne: I slowly went off everything else a couple of years ago.

I prefer print: I love the feel and smell of a new book.  I love to see my bookshelves full of treasures.  But I can see the advantages of E-book readers: the portability and the fact that you can read anything you like without other people knowing.  Male fans of romantic comedy novels (and there are a lot of them out there) tell me this is great, because they get very strange looks if reading a book in public with a ‘girly’ cover.

5.  What keeps you awake at night?

My characters talking in my head.  If I don’t put the light on and write it down, I’ve forgotten it by morning.

6. Who would play the role of Trisha Ashley in the film of your life?

I don’t know: Minnie Driver?  Someone slightly off the wall, anyway!

“Thank you for giving me the opportunity to talk about my books and if anyone would like to email me, leave a message on my guestbook page, or join my newsletter group, you can find me at www.trishaashley.com ”

A five year old girl is abandoned in an orphanage at the age of five.

A quarter of a century later her twin sister searches for the truth.

What she discovers will lead you to a heart-breaking conclusion and a harrowing, unexpected twist.