Review: The Secret Life of Bees by S M Kidd

Review: The Secret Life of Bees by S M Kidd 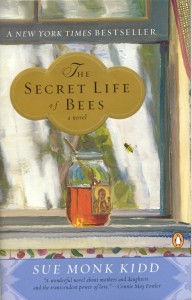 The Secret Life of Bees by Sue Monk Kidd is a book you might enjoy for its adolescent story-telling aspect and huge depth of emotion. It touches upon a wide range of topics such as child abuse, poverty, suicide, racial discrimination, death, religion and spirituality.

The central character to the book is Lily, a fourteen year old girl who leaves her abusive father and begins a quest to find out why her mother deserted her at the age of four. She is also haunted by the fact that she believes she killed her own mother. We can’t help but feel some empathy for her character as she is left alone with an abusive father, and blurred memories of a tragic incident in her childhood which she yearns to unveil.

The story begins to unfold when a racial altercation between some yobs and her coloured housekeeper Rosaleen, turns into a serious matter with the law. The whole incident prompts Lily to escape with Rosaleen in an effort to save her life and at the same time follow a link to her mother’s past.

Rosaleen is portrayed as a fearlessly outspoken character, but you still get the sense that she is ‘slow’ in her mental capacity. She also has a tremendously odd habit of spitting ‘snuff’ (which google kindly told me was some sort of pulverised tobacco) onto the floor. At this point I can’t help but wonder why coloured house-keepers and workers are often portrayed in books of this type as being somewhat daft, or perhaps that is just my perception?

In any case, the two very unlikely characters arrive at the pink house in Tiburon (a house that is actually painted pink) where Lily’s story begins to entwine with an unusual yet, imaginative mix of characters in the form of  three bee- keeping sisters, each with tangibly different personalities.

We have May, the tragic and sensitive soul who bawls at the death of a cockroach, then there is June who is solemnly suspicious and the least welcoming of Lily and Rosaleen’s intrusion. Lastly,  August is the wise authoritarian, whose  matriarchal voice brings balance and calm to Lily.

During her time at the Pink House, Lily also connects (in a sexually pre-pubescent fashion),  to Zach, a local young bee -keeping helper. It is made obvious that a relationship between the two is  unthinkable  in those times of racial segregation, but the subject becomes only a transient and inconsequential element to the story.

I found that Lily’s voice in the book seemed to parallel a sort of child-like maturity. For a young white girl growing up in the deep south, she appears quite sensitively agitated by the issues of racial discrimination, which we are introduced to early on. Ravaged by insecurity, neglect and the pain of a mother-less childhood, it is easy to connect with her touchingly honest thoughts and actions.

Overall the story was warm, subtly embracing deep emotional and social issues, without actually over-dramatising any one in particular.

The story-line wasn’t exactly a fast-paced plot to begin with, but  two thirds of the way in I found the pace of the story to reach such a tediously slow speed that I could have dozed off, lost a few pages, and probably not missed very much at all.

I’d recommend the book to those who enjoy emotionally charged stories that run a bit slow on the heel of excitement. But then again, to be fair, The Secret Life of Bees isn’t trying to be a John Grisham thriller.

This is what it is, an endearing, colourful, vibrant and touchingly sad story about a young girl seeking her own truths amongst a cast of very different and well defined characters. It will definitely appeal to readers with a taste for the genre.