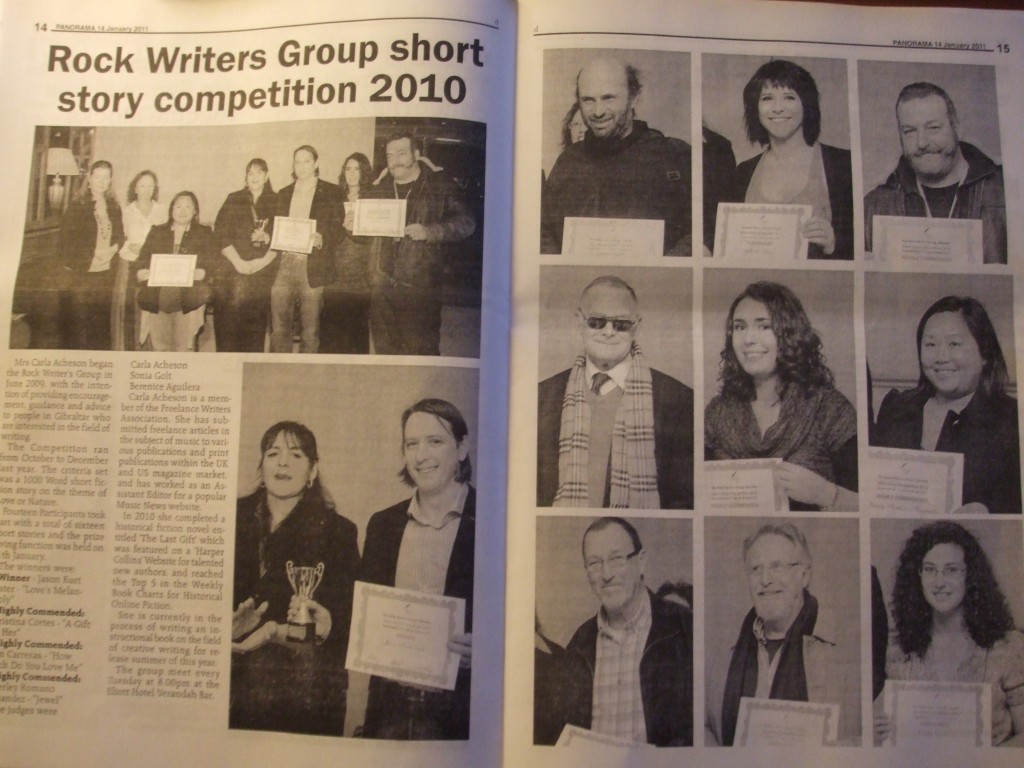 The Rock Writer’s Group Short Story Competition 2010 revealed its winners last night at a function at the Eliott Hotel Gibraltar.

The First Prize Trophy and Certificate was awarded to Jason Kurt Easter for his short story ‘Love’s Melancholy.’

The three Highly Commended Certificates were awarded to the following:

The winning story will be published in a book by Sonia Golt entitled ‘Love Letters I Never Mailed’, and anthology which will also include 40 guest poets.

The panel of judges for the competition were myself, Sonia Golt and Berenice Aguilera.