Review: The Good Man Jesus and the Scoundrel Christ by Phillip Pullman

Review: The Good Man Jesus and the Scoundrel Christ by Phillip Pullman 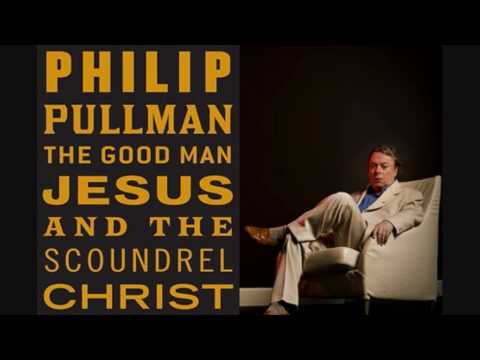 In the world of literary fiction there are books and there are “books.”  By that I simply mean that most fictional tales are designed to be enjoyed simply on an ‘entertainment’ level.

But every so often, a book set in this category can contain such a powerful subject matter that it can disrupt a whole community (or indeed whole nations.)

None more than a book which is based on, or uses religion, as its theme.

For as long as humanity has existed we have debated the most fundamental of questions of where do we come from? How were we created? Everyone from the beggar on the street to the Pope himself all strive to understand the world in which they are placed.

Even those of the same religion can differ in their opinions. No one can truly know what religion means to another. Have we lost something?

Another simple fact is that many people are far less religious in this age of “scientific” reasoning. People feel lost, misguided and confused.

I believe that we have become so accustomed to the artificial and physical, that religion is somehow out of fashion.  People seem to lack spiritual depth. People feel that they need to hide away their beliefs.

In recent history the public debated religion immensely when Dan Brown broke certain barriers between fiction and non-fiction with his popular book The Da Vinci Code. This book popularised the concept that Jesus may have been married to Mary Magdalene, an infamous prostitute from the Bible.

The reaction to this book was strong. Some found it clever, others found it obnoxious and indeed many found it heretical. We cannot argue that The Da Vinci code did however at least get people thinking about religion, as well as making Dan Brown superbly rich.

But despite our newly piqued interest in religion, we were assured by Team Vatican that the book was (and is) a complete work of ‘fiction,’ and so we moved on.

I’ve been watching with interest the reaction to Phillip Pullman’s latest book“The Good man Jesus and The Scoundrel Christ”. Again a ‘fictional’ book which will make people think about religion, and will offend and thrill in equal measure.