The Story of Stuff by Annie Leonard

The Story of Stuff by Annie Leonard 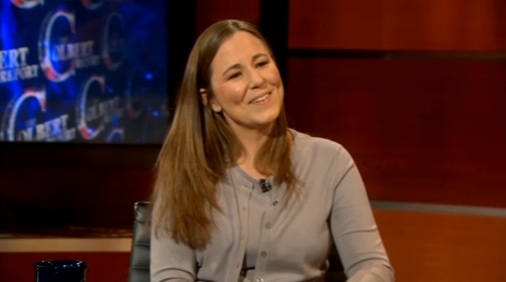 Have you ever said to yourself, ‘What goes on in the world can’t harm me, if I don’t know or worry about it?’

Millions of people have been kept in the dark on exactly what is happening on our planet from an economic and environmental point of view.

That is until 2007, when entrepreneur and activist Annie Leonard, launched The Story of Stuff, after travelling to forty countries and spending two decades studying environmental issues. 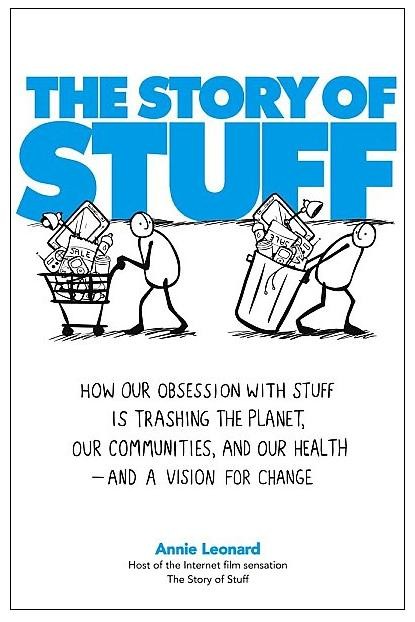 The Story of Stuff explores environmental health issues caused by over-consumption, toxic manufacturing and toxic waste. Her 20 minute video, released that same year, instantly became an online phenomenon and was viewed no less than 12 million times, and her valuable message is now becoming part of the US Economic School Curriculum.

So how does this affect us in Europe I asked?

“Statistically, Europe produces less toxic products than the USA, but before you breathe a sigh of relief and settle back in front of your TV set with smug relief, remember that America is a part of our world; the same world which we are all trashing at a speedy rate with our carbon intensive lifestyles.” says Annie.

“But I already recycle my stuff,” you protest. Well according to Annie, recycling is not the solution to the problem, but an admission of defeat. The idea, as she states, is to make, use, produce and cycle less waste (especially toxic waste) through our infrastructure, manufacturing and disposal systems. Simply because our planet cannot deal with it.

Since we currently use between 1 and 1.4 planet’s worth of resources a year, we might want to take it all a little more seriously, and see what we can do to further help save precious resources and maintain a healthier planet for our children, and generations to come.

In her book she explains in depth where our stuff is produced, where it goes and what happens to it once we dump it, and the enormous environmental impact this entire process has on our world. You’ll be amazed at some of those shocking facts and figures.

In an advertising-saturated and commercialised society, it is quite obviously a huge task for one lady to build global awareness and encourage action, but thankfully people are sitting up and paying attention. Annie fully believes we can all turn things around to support the planet we live in.

New to ‘The Story of Stuff Project’ is a video entitled’ The Story of Cosmetics,’ which will make you spend a bit more time pondering over those elusive shampoo labels in your bathroom cabinet.

The popular advertising slogan ‘You’re worth it.’ might be more accurately re-phrased as ‘It’s not worth it,’ once you discover the devastating impact some sunscreens and beauty products have, not just on our physical bodies, but on sea-life and oceans.

So ask yourself, What is in the stuff I use?  and How can I stop trashing the planet? Do your bit, and teach your kids.

For more information,  videos and to purchase Annie’s books, visit her website.

© Information and material in this article re-produced by kind permission of Annie Leonard.