The Whitechapel Virgin – In the Spotlight with Ripper Experts

The Whitechapel Virgin – In the Spotlight with Ripper Experts

Whilst most people have heard of Jack the Ripper, how many truly know his victims? And to what degree are they remembered as humans, mothers, or were they nothing more than just displaced members of London’s 18th century largely critical and class-obsessed society?

In The Whitechapel Virgin, the prostitutes are given a voice, and as can be expected it’s a terribly sad one. But the author’s harrowing portrayal of their downtrodden day-to-day lives is much more evocative and realistic than any other media representation that has ever been cast on Whitechapel’s prostitutes to date.

The ‘fictional’ Jack the Ripper works his way through the entire story, terrifying the ‘ladies of the night,’ and even though he is not cast as the cunning, sly, blood-thirsty gentleman that the media love to portray, he is by many reader’s accounts as good and likely a culprit as any. 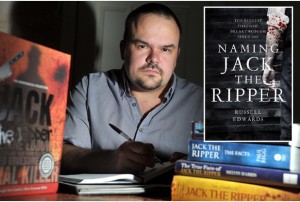 “Carla Acheson’s story takes you down the dark streets of Whitechapel, to a time when all was not as it seems, and an immense shadow was looming over the metropolis. The book is a real page turner, and one that grips the reader until the very end. An excellent addition to any shelf.” – Mike Covell – Actor, TV Producer

The following review of The WhiteChapel Virgin is  given by award–winning author Brian Porter who has won many book awards such as Preditors & Editors Best Thriller Novel Award, 2008 for A Study in Red – The Secret Journal of Jack the Ripper.

“The Whitechapel Virgin is a thoroughly entertaining fictional rendition of life among Whitechapel’s prostitutes at the time of the Jack the Ripper murders. Great empathy in depicting the women as real human beings with their own hopes, fears and aspirations.” Brian Porter – A Study in Red

While Ripperologists deal with fact, Acheson’s novel delves deep into the emotional and debilitating lives which the women likely led. In her view the victims were not just victims but real people with a heart, a soul, and each led a sad life only to experience a devastatingly painful ending, their deaths being recorded as one of the ‘worst slaughters’ in British history.

Acheson effectively leads you away from the blood and gore for a little while, only to entice you into a warm lodging house where you will find the prostitutes laughing drunkenly by the fireside on a bitter cold night, and if you follow them to their private quarters you can sit and watch them shed their tears. 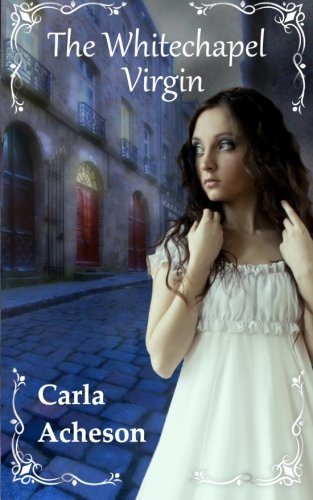 Jack The Ripper Casebook – The Victims and an insight into the murders.

Fifty Shades of Victorian London – An interesting invitation into Whitechapel and the novel by Carla Acheson.

The Whitechapel Virgin – The author discusses her concept and research into the story.

The Victorians and Sex – Yes you may think the Victorians were a particularly prudish bunch – but think again!