Joyously I reveal the news that my second novel ‘The Whitechapel Virgin’ will be published this coming January 2014.

After the resounding popularity and rave reviews of my first novel ‘The Last Gift’ set in the late 19th Century, how could I not further explore life in the same era of existence?

Whilst The Last Gift was set in the slums of London, this second instalment is set in the prostitute-ridden streets of Whitechapel in the year 1888. And of course, how could you have a story set in Whitechapel if Jack the Ripper isn’t featured in it? Well that would be unforgiveable, because the district of Whitechapel is a famous historical London landmark, thanks to Jack the Ripper himself, and although the Ripper holds a good portion of this story, it also deals with the many hardships suffered by the down-trodden prostitutes. 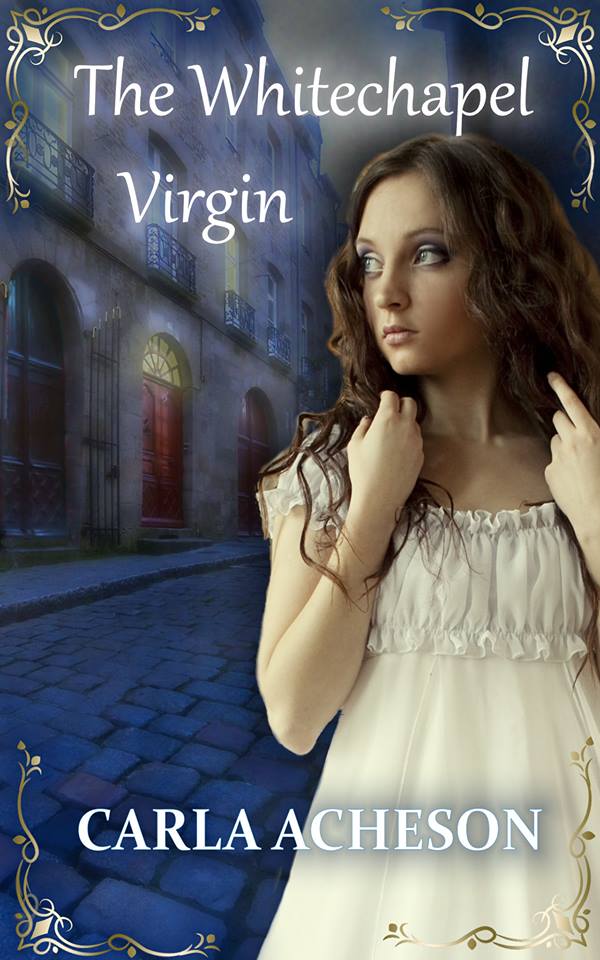 Here is a blurb for the upcoming novel.

When middle class and educated lothario Edward Cross discovers the fifteen year old runaway Catherine Bell residing at a popular tavern lodging-house, he knows his diary publication of the Whitechapel area’s prostitutes will benefit favourably with her entry. Cross quickly moves in to seduce the young virgin offering the brothel-mistress, Madame Davenport, good pay for the services of her new girl.

Thrust into the seedy world of prostitution, Catherine is unprepared for the immoral and depraved lifestyle the women lead at the lodging-house, and soon finds herself struggling to survive in the sordid underworld of drugs and sexual debauchery where once drawn in, it is almost impossible to escape. With jealous rivalry amongst the women and her own mounting fear over Cross’ strange bedside manner, soon Catherine wishes only to escape, but to where? For the sordid back streets in Whitechapel offer little more than the fearsome workhouse, and disease and poverty await her at every corner.

With nowhere to turn things worsen when prostitutes begin to disappear one by one, only to be found murdered by a ruthless and bloody man. Soon every woman in Whitechapel, including young Catherine, is frightened for her life.

But who can stop Jack the Ripper?

‘The Whitechapel Virgin’ will be available across all Amazon Stores in both Kindle and paperback version. Follow updates on Facebook!

Check out my first novel, The Last Gift, on Amazon here!